The WTKO is an organization for groups and individuals that practice traditional Shotokan karate and wish to preserve the values and principles that exemplify Shotokan of the 1970’s and 1980’s and that made Shotokan karate the preeminent karate style throughout the world.

The WTKO maintains the absolute highest technical standards of any international Shotokan-based organization. Leadership of the organization includes Chief Instructor Richard Amos Sensei and Technical Director Steve Ubl Sensei, both known worldwide for their expertise and dedication to karate-do and both of whom normally visit our dojo several times each year.

Silicon Valley Karate’s Chief Instructor, Sensei Jon Keeling, was involved with the WTKO from its founding and affiliated the dojo with them in 2011, at which time he was the senior active JKA-affiliated instructor on the entire North American west coast.  He taught at three of the WTKO’s international summer camps over the years, all of its US national camps and was the organization’s US National Director of the Technical Committee.

Silicon Valley Karate had the largest membership of any WTKO dojo in the Americas, including many who started doing Shotokan 30+ years ago. We left the WTKO at the end of 2020 and are now a founding member of the premier international Shotokan community known as simply “Shotokan International.” 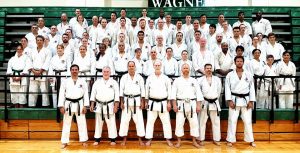 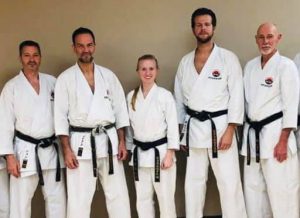