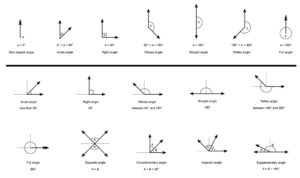 Many instructors pay lip service to the idea that kihon, kata and kumite are interrelated.  Many instructors do make the point that we should attempt to maintain basic form while doing kata and kumite.  And some remind students that there are kumite application possibilities in the kata.  But the three are actually more interrelated than this…or at least should be.  For example, when someone recently asked “How much time do you spend at your dojo working on the basics,” I thought about it and realized that almost all the time at our dojo is focused on basic form to a large degree; not just while doing the “basics.”  Very little of the time is spent doing mindless, repetitive “marching” up and down the dojo that most people doing Shotokan seem to consider the “basics” part of class.  If all the 3 “K’s” (kihon, kata and kumite) of karate are consciously practiced with the others in mind, it should strengthen each of the parts, which of course strengthens the whole.

Are instructors actually making the connections between the three K’s clear in their classes?  Are students understanding the links between the different parts of their training?  I would like to discuss here one aspect of this interconnection which may not be explored often at many dojo.

Many karate practitioners and instructors appreciate the value of using different angles in kumite.  And there are obviously a lot of angles worked in the kata.  My main point in this article concerns the (under-)use of angles in kihon (basics).  If we are to make the links clear between the three K’s, this may be one aspect of training where some instructors could make improvements.

And that’s just Heian Shodan, considered by many to be the simplest Shotokan kata!  Maybe the idea of limiting “basics” to marching straight up and down the room is that we do more than enough angle-work in the kata?  The techniques, and not just the angles, in kata are generally more difficult than in kihon.  Perhaps these two types of training are quite different after all?  Is basic kata the crossover between kihon and “real” (more advanced) kata?

During kihon-ippon kumite (basic one-step sparring), we are taught early on that it may be advisable to step off at an angle for some blocks.  During jyuu-ippon kumite (semi-free sparring), subtle angle changes are further explored.  During multi-partner kumite, angles must be more consciously explored.  In self-defense, angles can be critical.

If we use so many angles in our practice of kata and kumite, why not in kihon as well?

I know of many instructors who spend a lot of time thinking up complex combinations of techniques to have students perform in their classes.  The majority of the combinations that I have observed involve almost entirely forward and backward movements.

I recall now an experience I had many years ago.  I was training at a dojo here in the US for a few months between trips to Japan.  It was the type of place where one could get a good workout, but there was almost no teaching done whatsoever.  One night, the main instructor/coach did not show up and one of the senior black belts decided to have each of the black belts demonstrate a combination for everyone to perform in repetition.  After a few quite complicated combinations that I could see the white belts struggling with, I started off with turn-to-the-rear gyakuzuki, followed by turn-back-to-the-front gyakuzuki, followed by step-in gyakuzuki.  The senior black belt cut me short and asked me to come up with something less complicated.  I had chosen the most basic of techniques, but simply changed the angle of execution.  This was far a less complicated combination than is found in many of the basic kata.  I didn’t think much of it at the time.  But this situation demonstrates my point exactly.  Changing angles can help stretch our physical abilities.  But much more importantly it can help us to stretch our minds.  Exploring a wider range of application options can provide a good workout for both the body and the mind, as well as to help us prepare for potential situations that might involve atypical application of techniques we practice.

When I teach “basics” (generally what is not included in kata and kumite categories), I often include angle changes.  Examples of this include:
• Adding a sideward movement during a combination that is otherwise just  forward and backward.
• Allowing the option to shift off to the side instead of straight back for some moves (such as is done in many types of kumite).
• Staying essentially in place while turning to one side or the other while executing techniques.
• Using techniques from introductory basics portion of the beginning of the class substituted for the techniques normally used in a basic kata.  This can be thought of as kata-using-different-techniques or basics-using-stepping-patterns-of-kata, depending on how you look at it.

This is not to say that there is no benefit from “marching” up and down the dojo floor repeating basic techniques.  But I think we should be able to add to this.  Changing the angles of execution during practice helps us expand our capabilities.  Thinking “outside the box” can help us be more flexible in our execution of the techniques we are practicing.

I believe that concentration on basic form is very important for training.  But this does not mean that we must simply repeat movements mindlessly, always in the same way.  By exploring different angles, timing, etc., we can expand our physical abilities as well as adding flexibility to our minds.