Think Outside the Box

Think Outside the Box 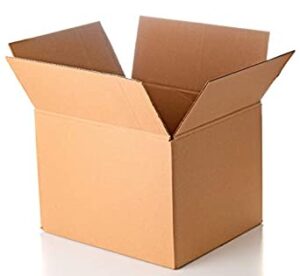 (This article originally appeared in the October 2006 issue of Shoto-Mag.)

Over the past several years, many Shotokan enthusiasts have discovered the joy of analyzing kata application possibilities. For me, this journey began in 1984, as I experimented with non-standard applications by myself between classes at the dojo. At the time, I did not know of anyone else who was doing this type of study and it took many years before I found anyone else who spent much time on it. Now, it seems like just about everyone is talking about it and I am glad to know that many people have become quite proficient at dissecting kata techniques similarly to the way that I have been doing it for 20+ years (as of 2006).

Many of us have come up with the same ideas, independently. Some have spent a lot of time trying to discover what the original intended application of kata techniques may have been. Some people are convinced that “blocks” are never really intended to be blocks at all. Some people try to come up with as many possible interpretations for each move as possible.

In most Shotokan dojo, application practice has typically involved very basic, long-distance attacks, with basic block/punch/kick/strike applications. Recently, more instructors have been working with shorter distances and some less orthodox attacks, including realistic grabs. I am in favor of studying various possibilities. My main point in this article is that we should not always assume the angle of attack or defense is in the direction we are facing in the kata performance.

When we perform kata, most instructors are very particular about the placement of the feet as we step, as well as the direction we look. It is generally considered to be very important that we all perform as closely as we can to a certain standard, a standard which includes very precise stepping and implications that we are facing opponents head-on and countering them directly from the front in the imagined applications.

Kata embusen refers to the “performance line” of the prearranged movements. While I believe there is nothing wrong with concentrating on the standard direction of movement, we should be open to the idea that the attack may not always be coming from the exact direction we are facing/stepping. We should consider that attackers do not always come at us in such an organized fashion in reality and we should be able to move in a direction other than normally performed in the standardized kata. We should consider that things may work well – sometimes even better – when we move “outside the box.”

Example 1
In Tekki Shodan, we have a cross-over step performed to the side while maintaining a hook-punch (kagi-zuki) position with the arms. The inside-block following that step may seem improbable as directly applied as a block. Why would someone be punching where we are going and then we continue to move in the directly of the punch? I think it makes more sense to imagine the attacker coming in from an angle. What could make even more sense is if we consider that the stepping may imply a turn as opposed to an actual step (as most cross-over steps in kata do). By turning, we are no longer stepping into the punch but actually avoiding it and setting up ourselves more strategically for a logical counter-attack position. (See video clip 1.)

Example 2
In the opening moves to Kanku Dai, the technique may be more effective if we move to an angle as the hands come down toward each other. In the move just after that, we may want to step to a different angle as an alternative in order to make this a counter-attack aimed at the original attacker. (See video clips 2 & 3.)

Example 3
As with the opening move of Kanku Dai, in the opening move of Bassai Sho, the technique may have increased effectiveness if we step at an angle. Remember that, as with Example 1, above, from Tekki Shodan, the crossover step should imply we can turn in application. (See video clip 4.)

There are many more examples in kata where we may be able to employ more effective strategy by moving to an angle other than how we perform the standardized kata form. I am by no means advocating we give up the standard form. But I would like to suggest that everyone consider attack and defense angles that may not at first seem obvious. There is nothing wrong with performing kata within a very structured set of parameters. But just because we perform it within this “box” does not mean that we cannot think outside the box…
Copyright © 2022, Jon Keeling (originally published November 2006)