Learn the basics of self-defense in a comfortable, supportive environment

For children of all ages

Some statistics about child abduction

The state of California maintains resources with more statistics and to search for sex offenders in your area.

Some statistics about bullying

In these seminars your child can learn about 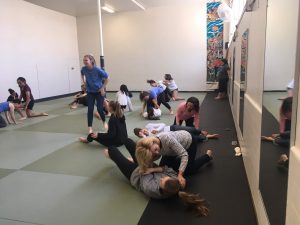 Classes can be tailored to different age groups and time limitations. Children deal with different issues at different ages, so grouping children by age in separate classes is best. With younger kids we spend more time on non-physical self-defense compared to older kids. And teens’ relative emotional and physical maturity makes their classes different still. 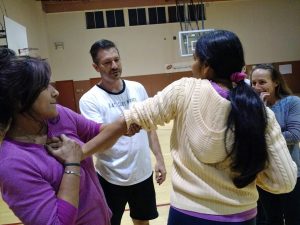 SVSK Chief Instructor Jon Keeling has been deeply involved in the martial arts for over 35 years and began teaching Karate in 1984 and self-defense in 1989, having taught self-defense to thousands of people. Mr Keeling has studied practical self-defense from some of the most highly-regarded experts available, including extensive interaction with Mr Rory Miller, considered by many to be the very best at it. Mr Keeling completed his intensive Instructor Development Course, as well as many other training sessions, including a Violence Dynamics camp. Read his full bio.

What People Are Saying

I can finally say that I have found my home!  Both the instructors and the other senior students are as good as it gets.  I highly recommend it for anyone serious about JKA-style Shotokan karate.

This is real JKA-style karate… You’ll learn karate by both tradition and understanding, i.e., you will be led to understand the reasoning behind the traditional art. You will have the same experience as training at the JKA Honbu Dojo in Tokyo.

Head instructor Jon Keeling is clearly among the most knowledgeable practitioners and best overall instructors in the country. He is a clear and succinct communicator in English, has excellent technique and is very good at analyzing technical errors in his students.

The focus at the dojo is never on competition, but on effort. Every student receives attention. This attitude transfers from the instructors to the students so that my Autistic child is clearly seen by all as an equal member of every class. The environment fostered in the dojo has allowed my child to thrive.

This is definitely the dojo that is worth your time and effort to travel to. Top notch instructors who can help you in all aspects.

I feel comfortable asking Sensei questions and I know he will give me honest answers.

I’m very impressed with Sensei Keeling and his dojo. Sensei recognizes the importance of teaching the basics while maintaining the Shotokan karate traditions.

Sensei Keeling is extremely well connected within the martial arts community, resulting in frequent visits to the dojo by other prominent instructors, as well as large seminars with attendees from all over the world.