As some of our older members know, our dojo was affiliated with Shotokan Karate-Do 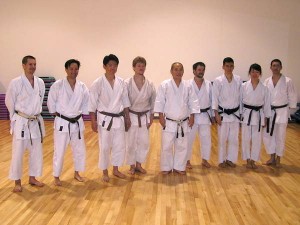 Mori Sensei last visited our dojo in 2006 (see photo). It is with great sadness and respect that we remember Mori Sensei as he peacefully passed away this weekend at his home in New Jersey after having taught Karate in New York for 50 years.