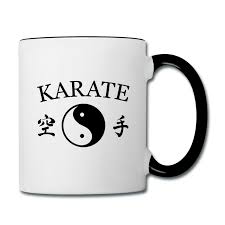 Supplementary Training in Other Martial Arts and Karate Styles

When studying a new martial art, as with just about any subject that is related to, but different from, the original martial art/style, one must be able to assume a “beginner’s mind” (shoshin, in Japanese). The person who begins a new art thinking that his prior abilities will mean faster advancement may end up learning more slowly than someone with no prior experience or someone who is able to let go of prior assumptions.

I have had some exposure to various martial arts, including several styles of Karate. I do not claim to be able to perform anything but Shotokan Karate with any degree of expertise. But I have taken part in enough of several activities, in addition to having read and discussed enough about them, to know the main concepts of each and how their practice can be blended for supplemental training.

Karate is primarily a punching/kicking/striking art form. Shotokan in particular generally focuses on low stances and proper body mechanics; form taking precedence over function. Other styles of Karate may emphasize more of technique application, sparring strategy, etc. Obviously, even the same style could look or feel much different depending on the school, instructor or location; even from class-to-class with the same instructor.

As Karate is a punch/kick/strike art, the practice of another punch/kick/strike art, such as Tae-Kwon-Do or weaponless styles of Kung-fu, may be of limited use as a supplement to Karate; possibly only causing confusion. That being said, some have found the study of kata from Goju-ryu, for example, to be a nice change of pace from the kata of Shotokan.

While Shotokan does include grappling maneuvers as possible interpretations for many of its techniques, these applications are usually not emphasized in training. For those who wish to do more of this, Aikido or Judo may be good complementary training. (Note that Aikijutsu and Jujutsu are more practical-oriented versions of the “softer” Aikido and Judo, which include non-physical aspects that the -jutsu versions may not. Similar relationships exist between Karatedo and Karatejutsu, Kendo and Kenjutsu, etc.)

Early in Shotokan’s history, many practiced with traditional weapons such as bo (staff), sai and tonfa. Most Shotokan dojo do not include weapons’ training in their curriculum. For those who would like to travel that route, training in weapon arts such as Kendo, Naginatado and Iaido may be good complementary training.
Regardless of what other martial art or style of Karate practiced, it is a good idea to keep in mind the practice of “emptying your cup.” There is no need to *completely* empty your cup. Some concepts carry over from one martial art to another, such as the idea of keeping a stable center, conscience of proper posture and understanding that martial arts should only be used for defense. Some concepts, however, do not carry over.

I have seen big, strong people try to use their size and strength to show their superiority vs the smaller, lighter Aikidoka, only to have them fall to the floor in pain as a result. If they had been able to “flow” as is done in Aikido more than in Karate, they could have learned something painlessly. Just because you can do one thing well does not mean that you need to be the best at everything. To think that your students or fellow classmates would think less of you if you admit that you do not know a different martial art is immature. Sometimes it is faster to get to the top of a hill by starting at the bottom and going straight up, rather than pretending you are qualified to lead and trying to begin closer to the top than is productive.

At a special training session at my dojo in January (2001), there were high-ranking instructors from different weapons’ arts demonstrating their arts. During the Shotokan portion of the event, these instructors had no problem taking part as “students” while they tried something new. They did not perform their techniques any better than the Karate students who had just started class a few weeks prior. But they were fine with this. They could “empty their cups” so they could learn something. They did. And it felt good to see this.